One day, while living in Houston, I was eagerly picking Satsuma oranges off the drooping branches of a tree in my backyard. I was excited to bring a big bowl of fruit to the office to give to patients. I had my arms full with harvest while walking over to put the oranges into a nearby bag.  Without looking where I was going, I stepped on and over a brick twisting my ankle on the way. Historically when I would step funny or slightly twist my ankle I would be able to shake or walk it off. But this time it was different. I couldn’t put any weight on my foot and I had that sick feeling that I did some damage. 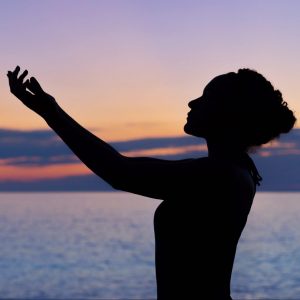 I was scheduled to start seeing patients shortly, so I quickly iced the ankle and then wrapped it in an ace bandage. I hobbled to the office and remembered that one of my associates would be there seeing some patients. That was lucky for me as I knew I was in trouble and needed to have it treated ASAP.

So, like a good acupuncturist, I had my associate treat my ankle two times that week and just assumed the healing would take place and it would be better in no time. I did go to the podiatrist the next day who confirmed my fears that I did do some ligament damage to the outer ankle and also to some of the tendons that were pulled during the fall. He put it in a soft cast for a week and told me to keep it iced and wrapped.

Since I am usually the bounce back type of person from illness or falls, I just assumed I’d be back and up to my usual walking ability within the week. Well, a good month or so later, I was still in pain. Not only was the outside of my ankle still swollen and tender, I was having pain along the inside part of my arch and heel. I was having great difficulty walking as well as finding shoes that I could wear to work and be on my feet all day.

I decided to go back to the podiatrist and suggested an x-ray since I was still in so much pain. He did a few movements with my foot and concluded that there were no stress fractures or broken bones. It was ligament damage and that it would take months-he emphasized the “s” in months. His suggestion to me was, get this—-have acupuncture two times per week for a few weeks and it will fast forward the progress.

Of course, I laughed because that is exactly what I would tell my patients. I did start off right with two treatments immediately after the fall, but I didn’t stay with it. Silly me thinking I would be different and would heal faster than most people. After the doctor’s wise counsel, I went back to the office with my tail between my legs and told my associates what the podiatrist told me. We all had a good laugh at the obvious recommendation.

As I was laying on the table during one of my treatments, it occurred to me that I needed to share this experience about the healer needing to heal herself. After four treatments and taking an herbal formula to promote healing, I suddenly realized that I had not taken any pain relievers in two days and that I wasn’t limping quite as much.  The pain had gone from a 7-8/10 to a 2/10 very quickly. I continued the treatments and made a complete healing.

The moral of this story is that the healer as well as the patient must follow up and be consistent with acupuncture treatments. It’s also important to make sure with western medicine diagnostics to rule out anything more serious. Acupuncture is a wonderful facilitator of healing. It’s what I tell patients all the time. I just needed to listen to my own advice.

Have a question? We would love to hear from you! Please fill out this form and we will get in touch with you shortly.